After saving the Earth, the Paladins embark to prevent Honerva from setting into motion her deadliest plan yet. It’s a race against the clock as the Voltron Coalition gathers from the corners of the galaxy to defend the universe once and for all.

Season 8 of Voltron: Legendary Defender is the eighth and final season of DreamWorks Animation and Netflix's Voltron reboot. The season was released to Netflix on December 14, 2018.

After watching Season 7, there was no trailer available for Season 8 or release date. The official Voltron Twitter account announced that a panel would be held at New York Comic Con 2018. During the convention, the release date for Season 8 was officially announced at the Voltron panel, along with an exclusive trailer. A second trailer was released worldwide which was different from the one shown at the convention. 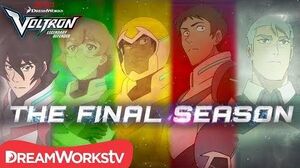 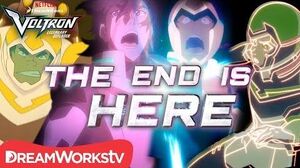 Retrieved from "https://voltron.fandom.com/wiki/Voltron:_Legendary_Defender_Season_8?oldid=46625"
Community content is available under CC-BY-SA unless otherwise noted.