With Lotor defeated and Shiro recovered, the Paladins are finally able to set a course for Earth. After a long and perilous journey, they discover that their home planet is not how they left it.

Season 7 of Voltron: Legendary Defender is the seventh and penultimate season of DreamWorks Animation and Netflix's Voltron reboot. The season was released to Netflix on August 10, 2018.

Upon watching all of Season Six, there was no trailer available for the seventh season, nor a release date. However, it was announced by Rhys Darby on the official Voltron Twitter that a panel would be held at San Diego Comic-Con 2018 with the premiere episode of the seventh season, A Little Adventure for panel attendees.[1] The release date was unofficially announced prior to the panel by Netflix: when users viewed the page for Voltron, they saw the release date displayed as August 10, 2018.[2] This release date was confirmed via the official Voltron twitter account.[3] 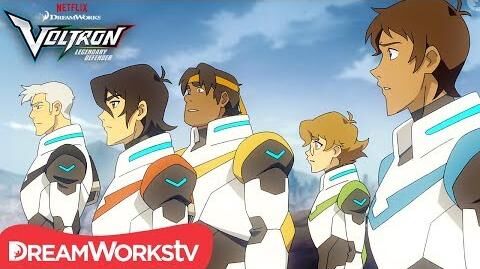 Retrieved from "https://voltron.fandom.com/wiki/Voltron:_Legendary_Defender_Season_7?oldid=46649"
Community content is available under CC-BY-SA unless otherwise noted.