"Defender of All Universes

Suspicious of Lotor’s alliance with Voltron, Galra oppressors continue to invade and conquer vulnerable planets throughout the universe. A hyper-focused Team Voltron feels the need to liberate the helpless planets and begins a massive campaign to save millions of lives. But after the Paladins uncover some troubling information, they must engage in their most epic battle yet.

Season 6 of Voltron: Legendary Defender is the sixth season of DreamWorks Animation and Netflix's Voltron reboot. The season was released on Netflix on June 15, 2018.

Upon watching all the end credits of Season Five's final episode, White Lion, on Netflix, a teaser for this season automatically played and confirmed its release date as June 15, 2018, although the video featured no new content. Originally produced as a longer season containing Season Five, the episodes were split into two seasons on the request of Netflix in order to release Voltron content more often.[1][2] 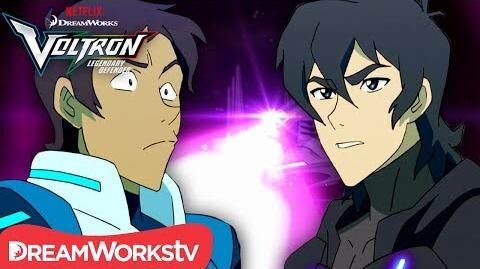 Retrieved from "https://voltron.fandom.com/wiki/Voltron:_Legendary_Defender_Season_6?oldid=46650"
Community content is available under CC-BY-SA unless otherwise noted.