It was initially announced at San Diego Comic-Con 2016 that season two would premiere worldwide on Netflix in "late 2016".[1] At New York Comic-Con later that year, it was announced that the second season would instead premiere on January 20, 2017;[2] the second episode, The Depths, premiered exclusively to attendees of the New York Comic-Con panel, and the season's teaser trailer was released publicly on October 4, 2016.

The season released for digital download along with Season One beginning August 15, 2017 and included a recording of the New York Comic-Con 2016 panel and a copy of the teaser trailer aired at San Diego Comic-Con 2016.[3][4]

It is slated to release in DVD format on June 12, 2018 in the same box set as Season One with no other additional content.[5] The DVD release totals 26 episodes, yet again splitting The Rise of Voltron into three separate episodes. 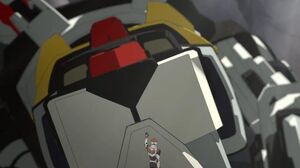 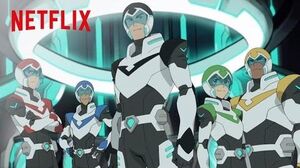 Retrieved from "https://voltron.fandom.com/wiki/Voltron:_Legendary_Defender_Season_2?oldid=46659"
Community content is available under CC-BY-SA unless otherwise noted.