Season 2 was globally released on Netflix on January 20, 2017. The season consists of thirteen episodes, and the official teaser was released on October 4, 2016.

Originally, Netflix announced at San Diego Comic-Con in 2016 that Season 2 would be released later in the year. At New York Comic-Con in the same year, that date was pushed back to January 20, 2017. During the convention, the second episode of the season, "The Depths", was screened exclusively to the attendees of the Voltron: Legendary Defender panel. 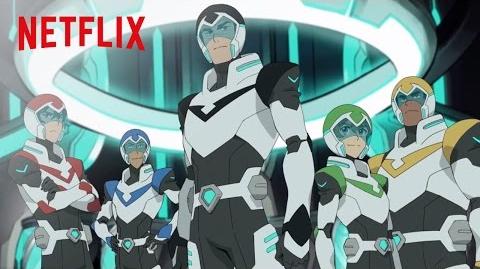 Retrieved from "https://voltron.fandom.com/wiki/Voltron:_Legendary_Defender_Season_2?oldid=34465"
Community content is available under CC-BY-SA unless otherwise noted.