"The Rise of Voltron"

Five space cadets learn that they have been called to defeat evil by piloting flying mechanical lions that combine to form an awe-inspiring robot.

Season 1 of Voltron: Legendary Defender is the first season of DreamWorks Animation and Netflix's Voltron reboot. All episodes of the season were released on Netflix on June 10, 2016.

Season one was originally released on June 10, 2016 as a Netflix-exclusive series after being announced at Wonder Con 2016.[1][2] It was globally released in Australia, Austria, Benelux Union, Latin America, Canada, France, Germany, Ireland, New Zealand, Scandinavia, Switzerland, United Kingdom, and United States.[3][4] The series aired on Netflix Korea on October 10th, 2016.[5]

The season released for digital download along with Season Two beginning August 15, 2017, and included an interview with WEP staff Ted and Bop Koplar, as well as interviews with Legendary Defender cast.[6][7]

The first episode, The Rise of Voltron, was split into three separate episodes for the release:

It is slated to release in DVD format on June 12, 2018 in the same box set as Season Two with no other additional content.[8] The DVD release totals 26 episodes, yet again splitting The Rise of Voltron into three separate episodes. 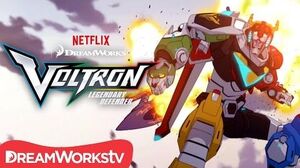 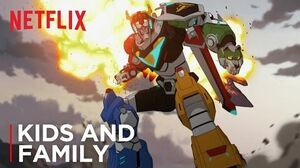 Retrieved from "https://voltron.fandom.com/wiki/Voltron:_Legendary_Defender_Season_1?oldid=46648"
Community content is available under CC-BY-SA unless otherwise noted.