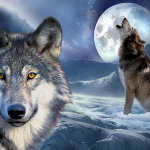 Hi, I'm Wolf. I'm just a community editor who enjoys cataloging information on wiki sites of my favorite fictional series and genres. I'm about 6'2, German-Mongolian, I was born in the desert, and I enjoy weight lifting, sword fighting, writing, hiking, drinking rum, and exploring whenever possible. I'm currently in school to get my bachelor's degree in sociology. I suffer from some severe PTSD, and so I tend to include that in my edits on characters' personalities when I recognize the symptoms of it, most noticeably the symptoms of invasive memories. I largely include such information in an attempt to lower the stigma of the disorder as many people find it amusing that a non-military citizen can have it, when in reality it is actually rather common in the United States.

I also happen to be a staunch advocate for the advancement and destigmatization of people with autism spectrum disorders. I happen to have autism myself, and so I encourage any and all fans on the spectrum on this wiki to enjoy themselves and contribute whenever they feel up to it. It's helped me out quite a bit.

My favorite series include Voltron: Legendary Defender, Harry Potter, Avatar: The Last Airbender, Digimon seasons 1-3, and more. I'm also a huge dork when it comes to all things Greek Mythology since I've been reading myths out of college text books since I was five. I also happen to be extremely strong as I manage my PTSD through endurance weight lifting, although I am no longer at my peak. During which time I was able to bench press well over four hundred pounds after working out for four years, which I started when I was seventeen.

I am a huge supporter of including humor in captions here on the Voltron Wiki, which I admit I stole from the Transformers Wiki. Humor is a great way of expressing one's enjoyment of the franchise. While this may offend some, the humor here is regulated to being based primarily on good and relatively clean humor. Jokes degrading others based on their ethnicity, culture, sexual orientation, gender identity, or disability are not looked kindly upon. Also, jokes involving rape or sexual assault will result in a permanent ban from the wiki. This is a site that holds itself to balanced moral principles.

Also, all information outside of captions must be canon. What the writers of the show say is effectively the law on this wiki.

Also, wiki vandalism will not be tolerated. This is your only warning.

Retrieved from "https://voltron.fandom.com/wiki/User:Wolfschuller69?oldid=25333"
Community content is available under CC-BY-SA unless otherwise noted.