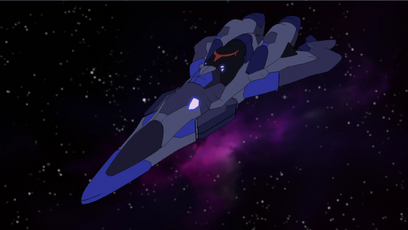 Lotor’s cruiser was a large warship that served as a mobile base of operations for Prince Lotor and his generals. While like most Galran battleships it is far larger than the Castle of Lions, its appearance is much smoother and more modern, indicating it may incorporate technologies other than the Galra Empire's in its construction.

Lotor and his generals scuttled the cruiser after Zarkon sent the Empire's fleets to attack, and it was presumably destroyed.

Retrieved from "https://voltron.fandom.com/wiki/Lotor%27s_cruiser?oldid=28426"
Community content is available under CC-BY-SA unless otherwise noted.